A short, vividly illustrated work of fiction set in a dystopian future. It drew me in, and I felt quite engaged with the leading characters.

The author Ibrahim S Amin is my eldest son. I am never allowed to see any of his writing until it has been published, so I came to this book knowing nothing about it.

This is his fourth book. The others are also reviewed on this website:

Gorgon Street girls is a work of fiction; a relatively short 140 pages. As well as the cover, it contains a number of illustrations by Cameron Stark throughout the book. They definitely add to the book and make it even more vivid.

As fiction, I do not want to spoil the plot. The blurb on the back reads:

“Vee lives for the night. Her Gorgon Street Girls prowl the alleys and kebab houses with fists, boots, blades, and gene-twerked muscle, ready to battle the city’s other teenage drekker gangs. Love and friendship, triumphs and tragedies glitter in the neon lights. One slash of a knife can change everything – throw Vee into a world even more dangerous than the one she’s fought through her whole life. But for her friends and girlfriend, she’ll carve it up or die trying.”

The book is set in a dystopian society which is extremely unequal. This gang of girls spend their time fighting other girl gangs while at the same time some of the gang members have genuine artistic talent and aspirations to improve themselves.

One of the foibles in the book is that the author has drawn upon his extensive knowledge of ancient Greek to produce a slang vocabulary for this dystopian world. Accordingly, the book begins with a six-page glossary to which I often had to refer to in the earlier part of my reading until I got used to the words. Then they become second nature.

Overall, the key test with any work of fiction is: "Do I want to turn the next page?" With this book I always wanted to know what happened next.

I was genuinely moved by a peroration near the end of the book, but cannot say more without risking spoiling the plot.

After the story finishes, there are some acknowledgements as well as biographical information about the author and the illustrator.

As someone who does not play computer games, I was unaware that there was a company called Titanomachy Studios which produces “Fate of Gods” videogame IP. The acknowledgements tell us that the book is set in that world. 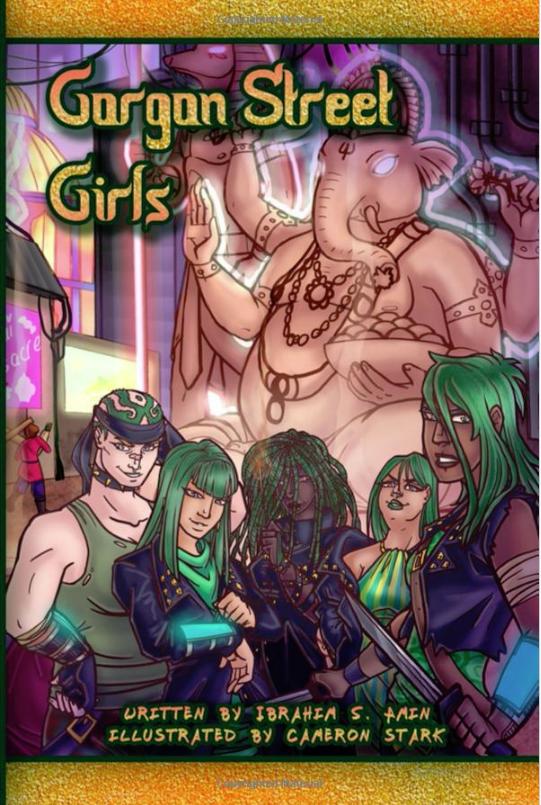