On 7 February 2017, I gave a talk to the Oxford University Conservative Association. I recorded it so the 20 minute talk can be listened to below.

Underneath the talk I have posted links to various items I refer to during the talk, and some demographic data regarding British Muslims.

How the speech was recorded

My first presentation recording was done on the spur of the moment, just putting my iPhone 6 on the table and relying on its built in microphone. See my page Lecture: One Muslim’s Perspective on Religious Freedom.

Once I found recording presentations worthwhile, I purchased a high quality Sennheiser digital lapel microphone which plugs into the data socket of my iPhone 6. That produces a much better recording.

The demographics of British Muslims

The ethnic make up of Britain's Muslims, as shown in 2011 census.

British Muslims as a percentage of the population, by age group.

The demographic shape of the Muslim and non-Muslim populations of England & Wales. Both sets of bars add up to 100%. Their relative heights show the shape of the two populations. 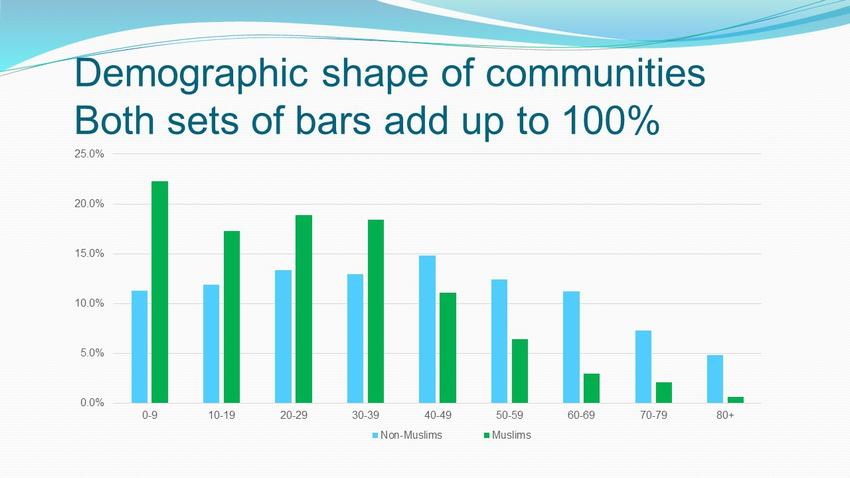 Muslims by constituency on the Conservative Muslim Forum website

"The Conservative Party, racial equality and national identity" - my book chapter for Demos.