In my career as a professional accountant, from my late 20's onwards I found myself attending events, both internal firm events and external conferences, at which all delegates were given name badges to wear.

On this page I want to share two important career tips.

As a preliminary point, your goal at all such events, whether internal or external, is to be remembered by the people who meet you. An important source of success in life is simply being remembered, so that in the future someone thinks of you, either to give you professional work or as part of deciding whether you should be promoted.

Being forgotten is never good for your career!

This may seem obvious, but at every such event there are always a few people who cannot be bothered to wear the badge, or who think it beneath them.

Not wearing the badge is simply discourteous, because it denies knowledge of your name to the people who meet you. At the margin, this reduces the probability of them liking you. Nobody will say it to you, but in such an environment talking to someone who is not wearing their badge is slightly off-putting.

Occasionally, not wearing a badge can be catastrophically embarrassing. Let me share a personal story.

In those days, senior manager and partner were the two most senior grades in the PW tax practice, which held an residential annual conference spread over three days.

One one of the evenings, there was always a formal dinner with a seating plan. Turning up to look at the seating plan, I saw that I would be sitting next to the head of the UK tax practice, Ian Vaile.

I gulped, but was not completely surprised. At that time I was a candidate for admission to the partnership. Since Ian did not know me personally (I was based in Manchester and he in London) it was perfectly understandable that he might want to informally assess me during the dinner. I was of course wearing my conference badge.

I can remember nothing from the dinner, apart from one incident, which is burned on the brain!

Ian Vaile was of course known to every person in the room, and had spoke from the podium at least once during the conference. Despite being so well known and being the head of the tax practice, he was, of course, wearing his conference badge. I was seated on his left.

Part way through the dinner, Ian turned to the woman senior tax manager seated on his right. I cannot remember her name, but am confident that her status was the same as mine; a candidate for admission to partner. Let's call her Jane. Without changing his voice in any way, Ian said to her, without warning "Jane, I see that you are not wearing your conference badge. Is that because you think you are so important that everyone knows who you are?"

Jane was simply unable to reply, and there were a few seconds of excruciating silence. I could tell that she just wanted to crawl under the dining table and die!

Obviously the conversation moved on, but she must have been extremely off-balance for the rest of the dinner, making her a less effective conversationalist. I cannot recall if Jane succeeded in being promoted to partner the following 1 July (as I was). This incident would not determine the matter by itself, but the evening would definitely have harmed her promotion chances by preventing her giving the best possible impression of herself to Ian Vaile during the dinner conversation.

I doubt if Jane ever failed to wear a conference badge ever again!

There is a right place to wear the badge

Despite always wearing a conference badge whenever issued one, it was not until my early 50's that I learned the right place to wear it. That was 30 years after I started wearing them!

I did not figure it out for myself. I was taught it on a PricewaterhouseCoopers internal course called "Working the room" about networking skills. You can spot those who have attended this course, because in a room they tend to be the only ones wearing the badge in the right place.

Conference badges typically come with a clip (normally fixed in place for cost reasons rather than capable of rotation as more expensive badges have) + a safety pin.

The safety pin is normally used by women as they are often not wearing a jacket or shirt with a breast pocket. Men typically use the clip, to fasten the conference badge on their breast pocket, which on men's jackets is always on the left side. See the photograph below, which shows me about to shake hands, which you normally do at a conference when meeting someone. 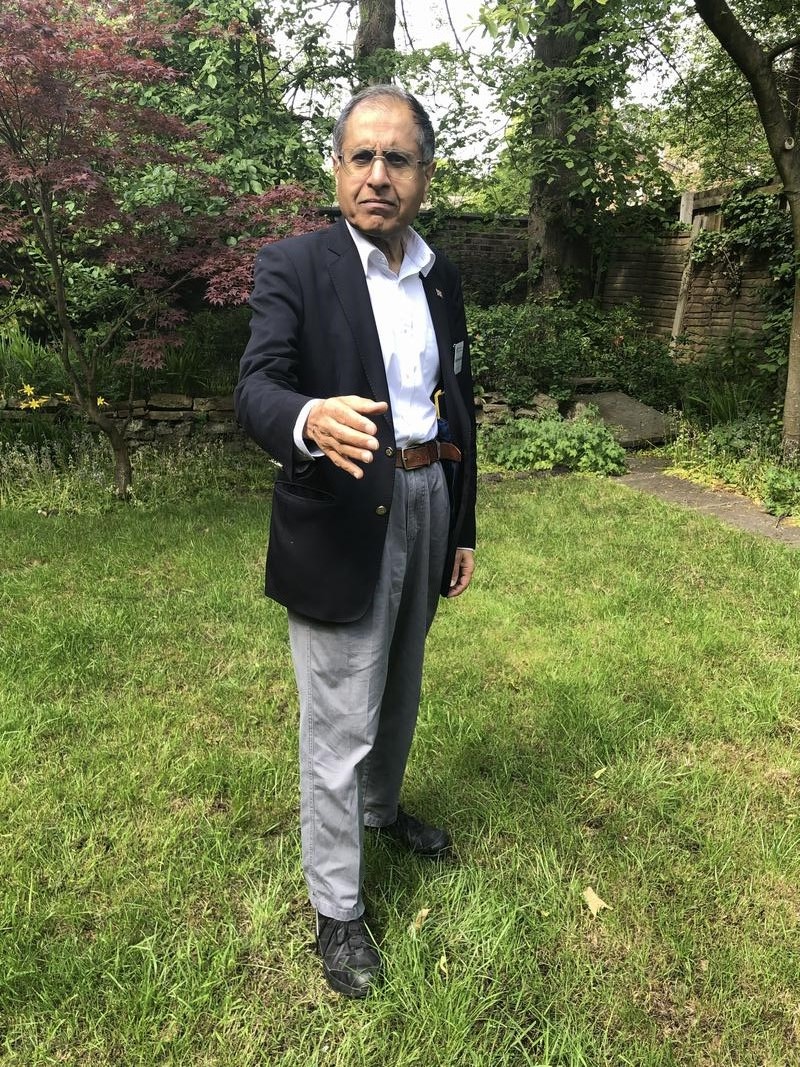 The problem is that the person I am about to shake hands with cannot easily read my badge.

In the photograph below, I have used the safety pin to fasten the badge on my right lapel. It is fully visible to the person about to shake hands with me.

The difference in legibility is massive, yet most people have never thought about it, including me for the 30 years until I was trained on the "Networking Skills" course! 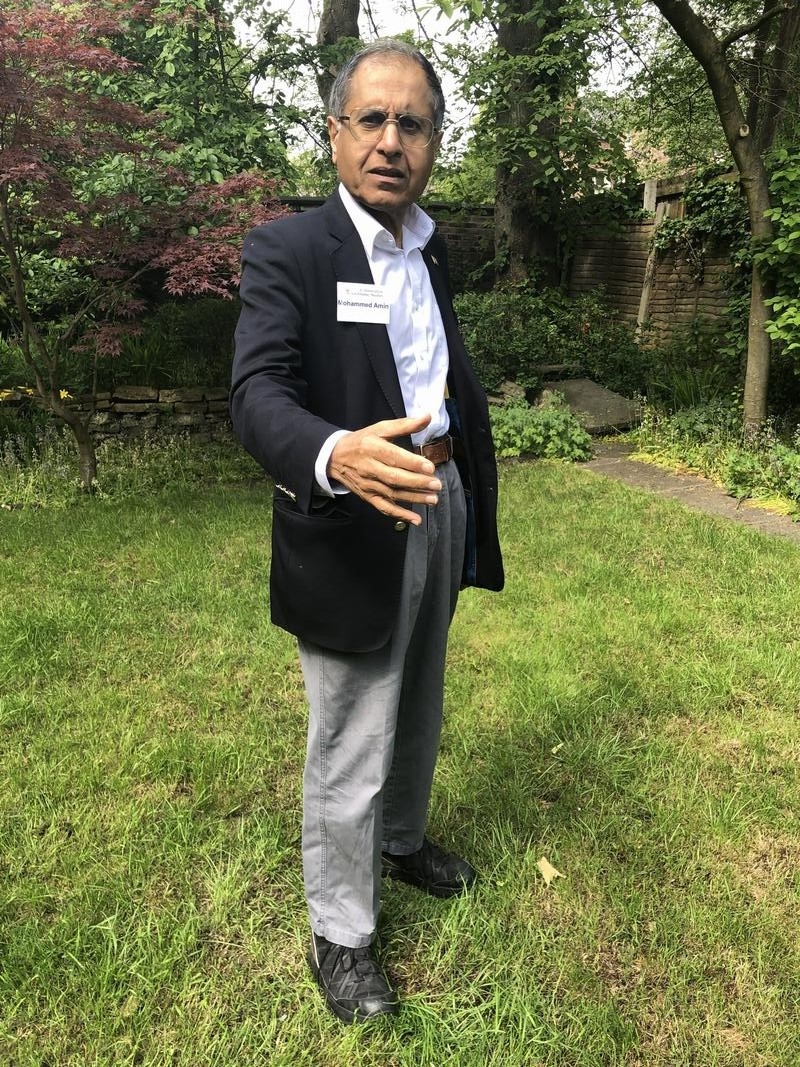