Almost everyone prepares a CV at some stage in their life. It may be part of applying for an educational course or seeking finance for a business, but most common situation is when applying for employment.

For most people, the only real CV they see is their own. I have seen many due to recruiting people at PricewaterhouseCoopers and other organisations, and also when advising people about their careers. Sadly most of the CVs I see let down their preparer.

There are two essential parts to a CV:

Unfortunately the preparers of most of the CVs that I see appear to have either forgotten that objective or else to not know how to put things on paper to communicate effectively. I suspect the reason for such widespread failings is that most people preparing their own CV have never been involved in recruiting anyone.

Reading CVs is an awful job

There are many books available on all aspects of job hunting, CV writing etc. Many universities also provide guidance for their students. I recently came across the page "Job Applications & Interviews" on the website of the University of Salford where I am on the Council.

I have read the guides on "Creating your CV" and "Writing your Covering Letter". Overall it looks like a very useful page.

When a large organisation plans to employ someone, the interview or series of interviews (for more senior positions) will be conducted by relatively senior people. Hiring someone is always an important decision for every organisation. However, for most openings a large number of applications will be received, and they need to be sifted through to decide who will be summoned for interview.

This initial sifting is almost always carried out by a more junior person in the recruitment function. Imagine how dull it must to read CV after CV, all looking very similar, with many being badly laid out. The default attitude of the sifter is to pick up a CV, give it a cursory glance and then to reject it unless the CV is effective at selling its owner. The sifter will not spend effort trying to analyse or disentangle any confusion in the CV; the document needs to be crystal clear, easy to read and persuasive.

Many books and articles will contain sample CVs. The problem with those is that being "made up" they do not bring out the issues as well as real life examples.

A recent mentoring relationship has provided me with an original CV which I critiqued and also provided me the individual's revised CV. It is important to note that the revision was made by the individual without any input from me. All I did was to criticise the original CV in a telephone conversation and to explain how the CV could be made more effective, but without supplying any suggested new text.

The individual concerned has given me permission to use their CV in an anonymised form. When anonymising it, I have been very careful to preserve the structure of the document, including the number of characters in certain words. This ensures that the reader gets the most accurate impression possible of the real documents despite their being anonymised.

At this stage, please read the original CV as if you were receiving the document in the role of a sifter. How effectively does it convince you that this person should be summoned for an interview?

In no particular order I have listed many of the things that I disliked about this CV. Some may appear trivial but the overall effect of these failings is to make it much more likely that the sifter will take the easiest option which is to put the CV into the rejection pile.

After I had critiqued the CV by telephone, the individual revised it independently of me.

A few months later the individual got in touch with me again and sent me their revised CV. The person explained that after they had produced the revised CV they had been summoned to a number of interviews.

The revised CV does not deal with all of my points listed above. For example the incorrect spelling “Dissertaion” is still present.

However the CV looks much better on the eye, with an improved selection of font sizes, better use of headings and better use of white space. Furthermore the description in the personal profile sells the individual much more effectively by avoiding bombastic claims and by being much more specific about the skills.

I believe that the revised CV will be the main reason why the individual has been asked to several interviews.

Always remember that a CV is not a random collection of facts about you. It is a document that you need to construct carefully so that everything about it encourages the sifter to select you to be interviewed.

The English needs to be perfect. You must print the CV and check it on paper rather than relying upon your ability to proof read it on screen. Spellcheckers are no guarantee that you have not made a spelling error.

Avoid making any unsubstantiated claims. The best way of asserting they have a quality, for example leadership, is by giving evidence of something that you have done that demonstrated leadership. To ensure that the sifter does not miss the point, when describing a particular role you can use appropriate wording such as "this involved leading the team to do XYZ". This may seem obvious but many CV preparers fail to write in this manner.

Avoid any false statements. Any deliberate false statement on a CV can be a reason for terminating your employment, even if this false statement is identified long after you have been given the job. I once had a member of staff whose conduct had become unsatisfactory. When I reviewed her case alongside the human resources department, it emerged that she had attended Oxford Brookes University but on her CV she had stated that she had graduated from Oxford University. That falsehood made it much easier to deal with her. She resigned rather than face a dismissal hearing, as she knew that false statement by itself would enable us to terminate her employment. 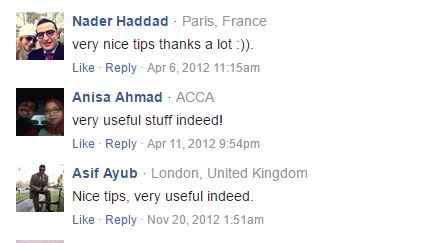