A few years ago while discussing the Middle East with a Jewish friend I complained that Theodor Herzl's book "The Jewish State" basically ignored the Arab population of Palestine. My friend mentioned that Herzl had addressed the Palestinian question in another book, Altneuland, a piece of fiction. I recently bought and read it.

Altneuland opens in Vienna at the beginning of the 20th century with Dr Friedrich Loewenberg, who is aged 23 and despairing. He is one of many young educated Jews who find it impossible to progress, or indeed even commence, their careers due to discrimination. Friedrich meets an enchanting young Jewish girl, Ernestine Loeffler who is from a well-off middle-class family. Unfortunately she is engaged to a much older man, Leopold Weinberger, who is a wealthy partner in a successful firm. This merely adds to Friedrich's despair.

Next Friedrich needs a very poor 10 years old Jewish boy who is begging. The boy's father, Hayim Littwak appears, peddling toothbrushes, buttons etc. He is very poor but refuses to beg or take charity from Friedrich who buys a button and is shocked to learn it is the peddler's first sale that day. Friedrich visits the Littwak family who have sought refuge in Vienna from their poverty in Cracow. There were originally five children but three have already died; only the boy (David) and a baby girl (Miriam) remain. Friedrich learns that David dreams of becoming educated and emigrating to Israel; he gives them what little money he has.

For several days Friedrich has been toying with a newspaper advertisement that caught his eye:

Friedrich responds to the advertisement and meet a Mr Kingscourt who reveals that his real name is Koenigshoff, and that he is a German nobleman who emigrated to America and made a great fortune of many millions. Kingscourt wanted a family and married a poor young girl, but he was cuckolded by his own nephew. He contemplated suicide but decided instead on a life of solitude, living on his yacht. Even that still involved too much human contact, so he intends to live on a South Sea island, alone apart from two servants. However Kingscourt wants an educated companion to share his solitude. If Friedrich agrees to join him, he must cut off all ties with his past life.

Friedrich agrees and received a payment from Kingscourt of 5,000 gulden to settle his affairs. He gives all of that to the Littwak family and sets off with Mr Kingscourt.

On their way to the South Seas, Kingscourt and Friedrich spend a few days in Palestine, seeing how poor and backward it is, how small the Jewish community, and then they are off to their South Sea island.

Twenty years later it is 1923 and Kingscourt decides to return to civilisation. Their first stop is Palestine. They find that it has been transformed by the immigration of Jews from Europe seeking refuge from poverty and persecution. Israel is governed by the "New Society" which is a private sector institution to pool Jewish resources. Accordingly there has been massive development of industry and transportation. The Arabs are also beneficiaries of this, and one of the key participants in the narrative, Reschid Bey is an Arab. The entire country has become a utopia for all of its inhabitants.

To avoid ruining the plot, I will not share what happens to the other characters mentioned above.

The book is fiction and a "utopia" in the strict literary sense of the term. I had never previously thought of Herzl as a novelist, but despite the “cardboard characters” the book kept me turning the pages until I had finished. At one point while I was reading it I cried, because the book reminded me how much good can flow from one small generous act. The book also reminds us of a Europe that now feels long distant, when Jews faced massive discrimination and widespread destitution leavened only by a few prominent wealthy individuals such as the Rothschild family.

Sadly today in Israel and Palestine we have two peoples who are wilfully blind to each other's narrative.

Palestinians rightly remember 1948 as the Nakba, "the disaster", which led to their dispossession from their own country. However they ignore, or do not allow themselves to understand, the suffering of European Jewry that led to 1948 or acknowledge the subsequent expulsion of Jews from Arab countries along with the expropriation of their property.

Jewish Israelis rightly remember the Holocaust and their expulsion from Arab countries, but ignore what they have done to the Palestinian people by expropriating their land. (By 1946 after decades of land purchase Jews owned only just over 6% of Palestine. “Israel & Palestine: Why They Fight and Can They Stop?” by Bernard Wasserstein, Ulrich E. and Harriet Meyer Professor of History at the University of Chicago, third edition, page 47.)

The question of why Herzl's utopia did not materialise is academic because one cannot change the past to give a different present. However I believe the answer lies in the dynamics of action and reaction.

I recommend reading the book as it is well written, very moving, and can inspire us by painting a picture of what might have been, and indeed can still be.

It can be read for free on the internet or purchased using the link below. 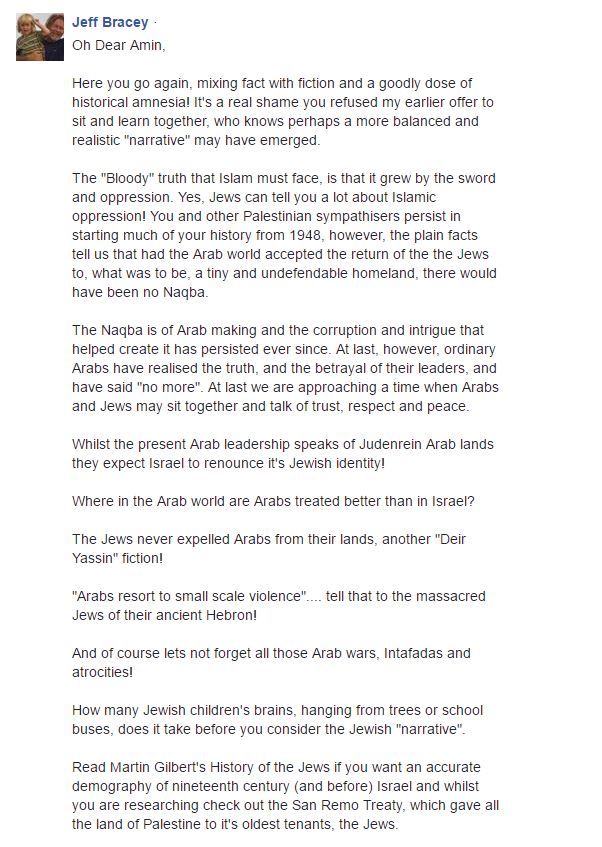 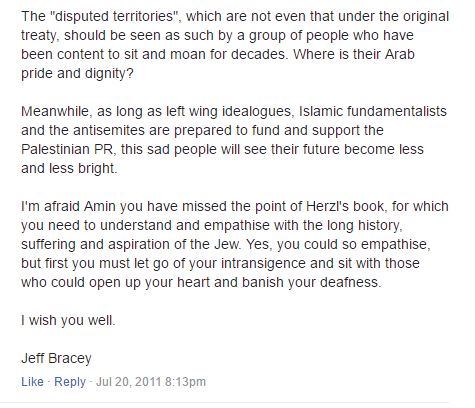