I have supported the UK Charity British Friends of Neve Shalom / Wahat al Salam for many years. Through that connection, I have got to know Jenny Nemko, who is one of the trustees. See her profile on the page Meet the team.

When Jenny recently contacted me to say that she was setting up another initiative, TalkMatters, to support "Israeli Jewish and Palestinian people working together for a better world" I readily agreed to help her by contributing an article.

My article is now on the TalkMatters website with the title "Mohammed Amin MBE asks ‘How should British Muslims and Jews engage with Israel and Palestine?’"

You can also read it below, where I have added some more hyperlinks and subheadings. My key point was that British Jews and British Muslims tend to focus on entirely different aspects of Israel & Palestine. This makes any dialogue problematical, because they are literally talking at cross purposes.

Below my article is the TalkMatters launch press release, which is reproduced with Jenny Nemko's permission.

How should British Muslims and Jews engage with Israel and Palestine?

Mohammed Amin MBE is Co-Chair of the Muslim Jewish Forum of Greater Manchester. He is writing in a personal capacity.

For most British Jews, with memories of the Holocaust, and of the refusal of most of the world to take in refugees fleeing Nazi persecution, still very fresh, Israel is fundamentally about survival. Summarised in two words: “Never again.”

Israel is the one country in the world that guarantees to take in Jews, without restriction. Israel’s Law of Return defines as a Jew anyone who has at least one Jewish grandparent, deliberately mirroring Nazi Germany’s Nuremberg Laws, under which having one Jewish grandparent was enough for you to be persecuted.

Most British Muslims see in Palestine another example of Britain’s Imperial history.

After seizing Palestine from Ottoman Turkey during World War 1, Britain in the Balfour Declaration chose to promise the Palestinian’s country to European Jews as a national home, paying only lip-service to the rights of most of the people already living there. The Jewish Virtual Library gives 1918 population values for Palestine of approximately 60,000 Jewish and 600,000 non-Jewish.

I believe that the reason there is so little mutual understanding on this issue is that the Jewish and Muslim perspectives focus on entirely different subjects.

The perspectives do not conflict, and both are correct

Proving one to be true would not prove the other to be false. I believe that both perspectives are correct.

The late Israeli author Amos Oz stated in “How to cure a fanatic” that Jews and Palestinians are both victims of European oppression:

“One of the things which makes this conflict particularly hard is the fact that the Israeli-Palestinian, the Israeli-Arab conflict, is essentially conflict between two victims. Two victims of the same oppressor. Europe, which colonised the Arab world, exploited it, humiliated it, trampled upon its culture, controlled it and used it as an imperialistic playground, is the same Europe which discriminated against Jews, persecuted them, harassed them, and finally, massacred them in an unprecedented crime of genocide.”

[See my review of "How to Cure a Fanatic – Israel and Palestine: Between Right and Right" by Amos Oz]

The task of Britain's Muslims and Jews

We can only research and debate the past; we cannot change it.

What Britain’s Muslims and Jews should do is focus on their shared future here, and on how they can help Israelis and Palestinians.

In Britain, Muslims and Jews face a society which is increasingly intolerant of religious believers. That leads to pressures against many religious practices, which we can counter more strongly together. More positively, I cannot think of any two religions that are closer to each other than Islam and Judaism.

Importing the Israel / Palestine conflict into Britain does not help a single Palestinian or Israeli Jew. Instead, we in Britain should do everything possible to help those in the Middle East to build a shared society together, based upon mutual acceptance and respect.

That is why I support many British NGOs which work in the two broad fields of advancing shared citizenship in Israel, and advancing a two-state solution to the conflict with the establishment of a Palestinian state alongside Israel.

The following pages give two examples:

“TalkMatters is vital for the future of Israel and Palestine but also for Jewish-Christian-Muslim relations here in the UK where there is so much ignorance and confusion surrounding Israel, Zionism and Antisemitism.”

This story has been brought to you by TalkMatters, a new website www.talkmatters.info to support and publicise grass root Israeli Jewish and Palestinian co-operation in Israel.

The guests arrived from many walks of life-Israeli Jews, Palestinian Arab citizens of Israel, Palestinian residents of Jerusalem, religious and secular, but all had one thing in common: they were among thousands of COVID-19 patients the Israel had quarantined in hotels throughout the country having recovered from hospitalisation.

From mid-March until early May, the Dan Hotel in Jerusalem hosted about 180 patients. Guests arrived by ambulance, others came straight from work or from the airport. They could only leave after they had tested negative twice. None of them was staying at the hotel by choice.

So how were people who don’t usually mix going to get along? A real social experiment for a time suspending the usual way of life in Israel where Jews and Arabs, ultra-orthodox and secular tend to live separate social lives in separate cities and study in separate schools.

As is often the case, the outcome relied on exceptional individuals who were prepared to break the boundaries and set the scene. Aysha Abu Shhab, Noam Shuster-Eliassi, Amram and Gina Maman were the influencers here.

The very first COVID-19 guests to check in were 19-year-old Aysha Abu Shhab and her 21-year-old brother Mohammed. Both were employed as janitors at an Israeli hospital, where they’d been infected by the virus.

As the hotel began filling with more patients, Aysha Abu Shhab, who is Muslim, noticed everyone was sticking with people from their own background at dinner. She decided to do things differently. She joined a Jewish couple, Amram and Gina Maman: “They were laughing all the time, so I chose them”. Wearing a hijab, she sat down with Gina and Maman, wearing his religious head covering, a kippah. By the end of the meal, they were all laughing and singing “Inta Omri,” (“You Are My Life”), a popular Egyptian song from the 1960s, still beloved in the Middle East.

Noam Shuster-Eliassi, a comedian, was sent to recuperate at the hotel after catching the virus on her way back to Israel from the U.S. In the hotel lobby, she surprised the audience by telling her jokes in Hebrew and Arabic. She learned both languages growing up in a village called Oasis of Peace, where half the residents are Jewish and the other half Palestinian. She was worried that she was still too weak to be very funny but told the audience her patient number was 3,555 — a lucky number. “So, I’m going to bring you my good luck with my number,” she told them. “Hopefully, you’ll get out of here.” But, she says, they told her “no, we don’t want to get out of here!” What are you talking about she said: “We want to stay and continue being here bringing our differences together!” 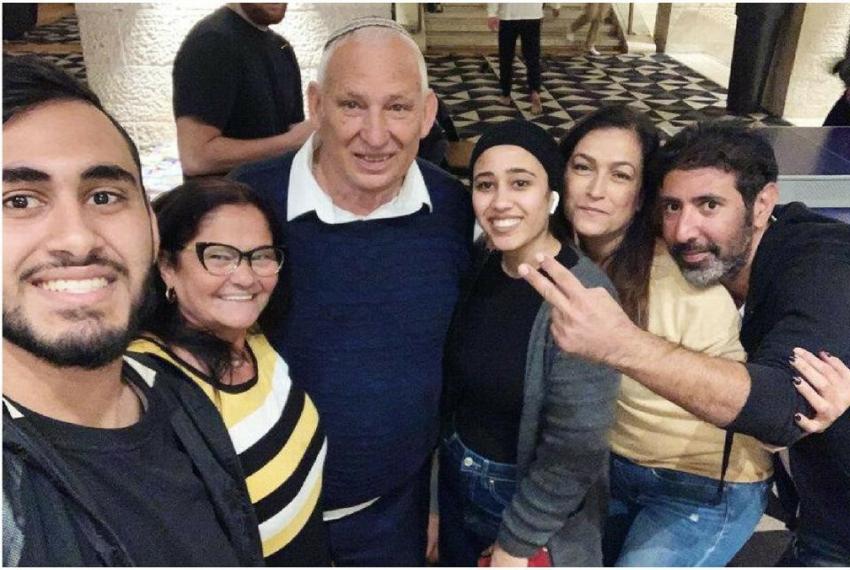 As the days went by the Arab and Jewish guests began intermingling more. The biggest test of togetherness came in early April, a month after the first guests had arrived. Passover was approaching. The hotel management decided to open the banquet hall for guests to host their own Passover Seder. The younger, non-orthodox Jewish guests wanted to film the Seder, but orthodox Jews don’t use electronics on religious holidays.

To avoid friction, the hotel divided the banquet hall so there could be two separate Seders. A floor-to-ceiling barrier was set up to separate the orthodox Jews from the rest. Amram and Gina Maman walked in and saw the barrier. Gina said to her husband: “I can’t do the Seder like this. Everybody’s getting along well in this hotel. What’s happening here?”

“Give me two minutes,” Amram replied. He recruited some younger guests to help him dismantle the barrier. An ultra-orthodox man jumped up — not to protest, but to help move the barrier into the corner. Then, as one room, about 180 people in all, they blessed the wine and the Seder began — with Abu Shhab and the other Muslims and Christians in the hotel celebrating with them.

See a video clip of this story and read similar stories at https://talkmatters.info/have-your-say/stories-of-the-stars-2/

A further story of co-operation: Israeli and Palestinian fathers 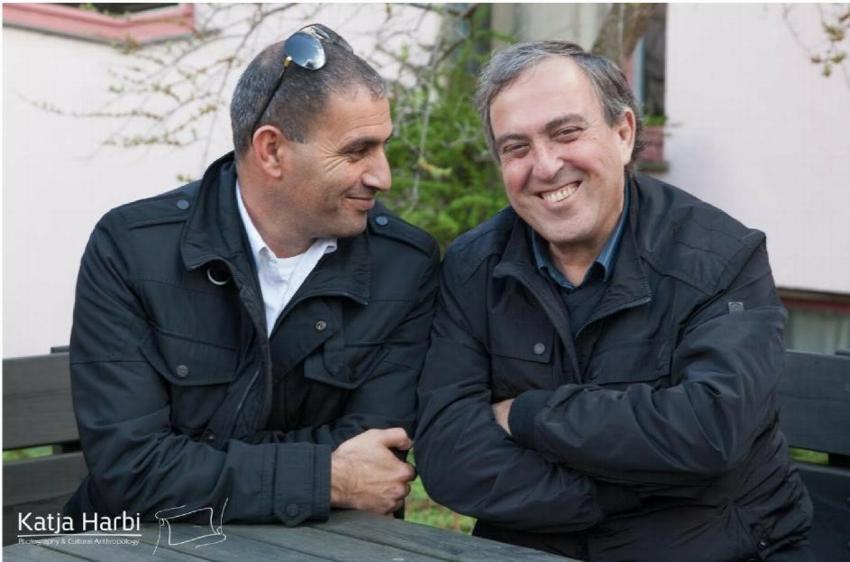 Rami Elhanan is Israeli, and Bassam Aramin is Palestinian.

The Fathers formed a deep bond through the tragic death of their daughters. In 1997 Rami’s 14-year-old Smadar was shopping with friends when two suicide bombers blew themselves up and killed her and four others. In 2007 Bassan’s ten-year-old daughter Abir was shot with a rubber bullet by a member of the border police outside her school.

Now Rami and Bassam are part of the Bereaved Parents Circle and travel together all over the world telling their story: ‘We are brothers. We have experienced the same. We lost our lovely daughters. Smadar and Abir are victims of the same conflict. Both of them were not guilty of anything and they were killed for nothing...it will not be over until we talk’.

To read Rami and Bassam’s story and many others: https://talkmatters.info/have-your-say/stories-of-the-stars-2/

“From a diaspora Jewish perspective, I am passionate about promoting the opportunity for peace and harmony among Palestinian Arabs and Israeli Jewish people in Israel and in the Palestinian Territories.

My deep belief in a secure Jewish homeland in Israel lives alongside support for Palestinian freedom and independence. I reject the notion that there is any contradiction here. I also believe that promoting the equality and integration of the Palestinian Arab minority is one of the most important challenges for Israeli society.

In order to achieve success on both these fronts, a two stranded approach is necessary. Policy changes at governmental level plus long­term grassroots projects that build the foundation for future cooperation.

TalkMatters is vital not only for the future of Israel and Palestine but also for Jewish-Christian-Muslim relations here in the UK where there is so much ignorance and confusion surrounding Israel, Zionism and Antisemitism”. 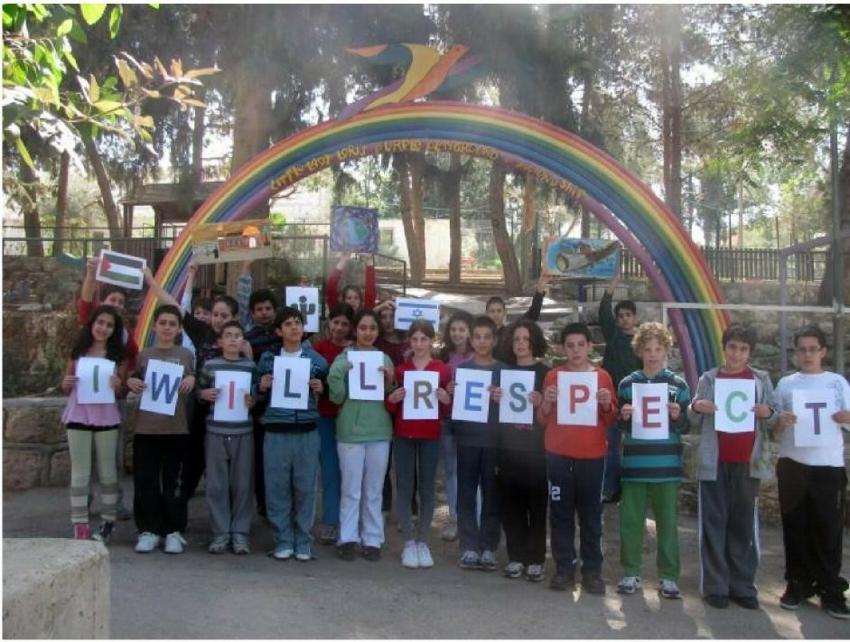 TalkMatters takes you on a Virtual Journey via the websites of thirty organisations and via on-line seminars to meet the People and grass-roots Projects that help to spread the message.

And what better time than now? Mass protests are opening our eyes to how communities of colour are treated all over the world. The Covid-19 pandemic proves that our good health is reliant on others’ good health taking no notice of colour, class or culture. This is the time we realise that we are all one People when it comes to the things that really matter. Now is the time to talk to each other. There can be no peace without talk.