My visit to Israel and the West Bank at the end of 2009 / beginning of 2010 with a FODIP (The Forum for Discussion of Israel and Palestine) study tour was my first, and so far only visit to the Holy Land. It was a very moving and inspiring experience. I recommend the study tour to anyone who does not already know the Holy Land well.

In 2011 I gave an interview to Children of Peace about my visit. Recently FODIP asked me to contribute an article to Issue No 1 of their magazine, which had the theme of "Spaces." I wrote about Hebron. There was a 300 word limit, so I had to be brief. It is reproduced below:

My visit to the Tomb of the Patriarchs by Mohammed Amin

The most depressing part of my visit to Israel and the West Bank in January 2010 was the day we spent in Hebron, which alongside Jerusalem, Tiberias and Safed is one of the four holy cities of Judaism. The religious heart of Hebron is the Tomb of the Patriarchs, where Abraham, Isaac and Jacob are buried alongside Sarah, Rebecca, and Leah. These patriarchs are also revered by Muslims; a search of one of my Quran translations finds Abraham’s name mentioned 72 times. Built over the tombs is the Ibrahimi (Arabic for Abraham’s) Mosque.

Hebron is a microcosm of the hate that has divided Jews and Arabs in Palestine. In 1929 there was a terrible massacre when 67 Jews were killed by an Arab mob. Twenty years ago in 1994 Baruch Goldstein opened fire on Muslim worshippers in the mosque, killing 29. Sadly some Jews even today regard Goldstein as a hero.

The hate has torn the heart out of Hebron. A few hundred Jews have re-established a Jewish community in the centre which needs over 1,000 IDF soldiers to protect it with Arabs being excluded. Meanwhile the Ibrahimi mosque has been partitioned, with Jacob’s tomb in the Jewish part while Abraham’s and Isaac’s are in the Muslim part.

No other place illustrates better how Arabs and Jews today have become the prisoners of history, and the radical transformations of attitudes needed for the practice of true Islam and Judaism. 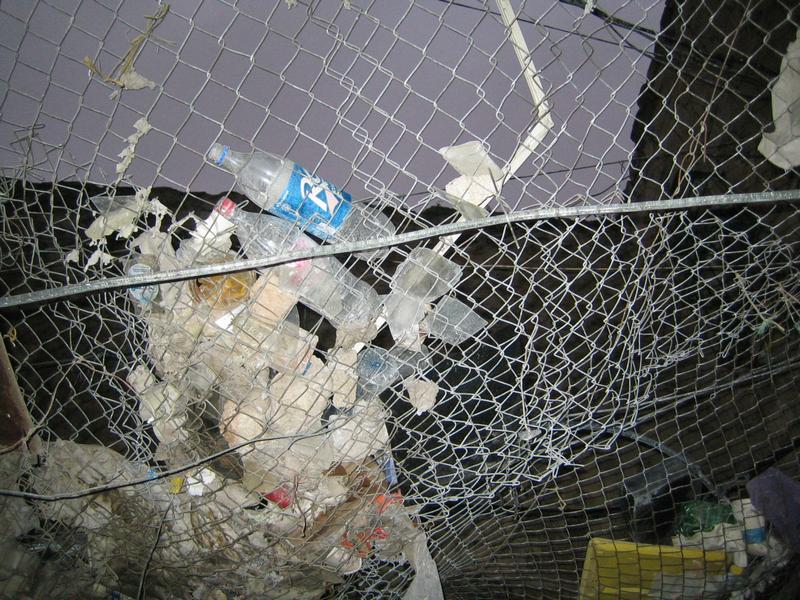 FODIP illustrated the article with a photograph of the netting over one of the shopping streets. This is needed because Jewish settlers living above the street deliberately throw rubbish, ranging from plastic bottles to soiled nappies and worse, at the Palestinians passing below.

For copyright reasons, I have used one of the pictures my wife took when we walked through the street.