The history of the creation of the state of Israel and the external threats that it has faced have left many unresolved issues. Perhaps the most fundamental concerns the nature of the state itself. Is Israel a state only for Jews or is it a state that exists for the benefit of all of its citizens?

This question has been made more urgent by Prime Mininster Netanyahu's insistence that as part of any peace settlement the Palestinians must recognise Israel as a Jewish state. I decided to write about the subject on the Conservative Home website. The piece copied below was published on 22 November 2011.

An Israel for all Israelis

Mohammed Amin is Vice Chairman of the Conservative Muslim Forum but is writing in a personal capacity.

I have always known about Israel’s minorities but it took my visit two years ago to teach me to consistently use correct vocabulary. Identifying someone as an Israeli tells you nothing about their race or religion; when I want to be specific I talk about “Israeli Jews”, “Israeli Arabs”, “Israeli Christians” etc. as the context requires.

As explained in Theodor Herzl’s “The Jewish State”, Israel was to be a sanctuary for Jews facing persecution. The need was vividly demonstrated in 1939 when Cuba, the United States and Britain sent Jewish refugees on the SS St. Louis back to Nazi Germany, where many were eventually murdered. Hence Israel’s Law of Return gives an automatic right to immigrate to anyone in the world who is Jewish (meaning conversion to Judaism or having at least one Jewish grandparent and not having adopted a religion other than Judaism).

However the Declaration of the Establishment of the State of Israel on 14 May 1948 also says:

“The State of Israel will be open for Jewish immigration... will foster the development of the country for the benefit of all its inhabitants; it will be based on freedom, justice and peace as envisaged by the prophets of Israel; it will ensure complete equality of social and political rights to all its inhabitants irrespective of religion, race or sex; it will guarantee freedom of religion, conscience, language, education and culture; it will safeguard the Holy Places of all religions;”

Accordingly from the beginning, the state of Israel has recognised that it does not exist just for Jews.

The symbols of the state

In a discussion session with young Israeli Jews and Arabs during my visit, a young Israeli Arab explained how hard she found being a citizen when all the symbols of the state represented one community only.

I believe the Star of David on the Israeli flag is only a problem if one sees it as one. For Israeli Christians King David is the author of the Psalms in their Bible and an ancestor of Jesus. For Israeli Muslims, David is also an important prophet with several mentions in the Quran (e.g. Quran 38 verses 17-30). Accordingly Israeli Muslims and Christians should be able to embrace their national flag with vigour.

The Israeli national anthem, the Hatikvah reproduced in full below is however genuinely problematical:

"As long as in the heart, within,
A Jewish soul still yearns,
And onward, towards the ends of the east,
An eye still gazes toward Zion;
Our hope is not yet lost,
The hope of two thousand years,
To be a free people in our land,
The land of Zion and Jerusalem."

I have not read "Israeli Statecraft: National Security Challenges and Responses" by Yehezkel Dror. However the review on Haaretz.com mentions that "that [Dror considers] additional “solidarity-strengthening steps” may be in order. And so he gives us a few more that, he concedes, may be “premature” for contemporary Israel, but may ultimately be necessary and perhaps even inevitable. These include a stanza to the national anthem that might speak to Israel’s Arab citizens,.."

Accordingly I am not the only person making such points.

Traditionally Israeli Arabs representing their country in sporting competitions have stood in respectful silence when the Hatikvah is played, just as I keep silent during certain parts of some Christian hymns. As a sad indicator of the polarisation in Israel today, page 10 of the 4 November 2011 edition of the Jewish Chronicle reported that Knesset Member Michael Ben-Ari of the National Union Party has tabled a plan to require members of Israeli teams to sing the national anthem (and sign a document recognising Israel as a Jewish state) or face being banned. I cannot see how such a law would be consistent with Israel’s founding principles.

Recognition “as a Jewish State”

Israel has diplomatic relations with 159 countries including a number with Muslim majorities. As far as I am aware, none was asked by Israel to recognise it as a Jewish State. As part of the Oslo Accords, on 9 September 1993 Yasser Arafat, Chairman, The Palestine Liberation Organization wrote to the Israeli Prime Minister Yitzhak Rabin, stating amongst other things “The PLO recognizes the right of the State of Israel to exist in peace and security.” Rabin wrote back accepting the PLO’s commitments. There was no Israeli requirement that the PLO recognise Israel as a Jewish state.

Prime Minister Benjamin Netanyahu has recently taken to demanding as a fundamental requirement that the Palestinians recognise Israel as a Jewish state. My view is that he has simply chosen to make this demand as a way of avoiding peace talks knowing that it will be unacceptable to all Palestinians.

Britain rightly sees Israel as not just a country with which we have diplomatic relations (as we do with North Korea) but also as a country that we regard as a close friend (sadly unlike North Korea at present although I live in hope of change!) However our Foreign Secretary needs to make it clear to Israel, preferably privately, that Israel remaining a close friend of the UK is incompatible with seeking to define its non-Jewish minorities as second class citizens, which is the only possible implication of MK Michael Ben-Ari’s plan, or indeed of the demand for international recognition as a Jewish state.

While my proposition should not be controversial, the original piece on Conservative Home attracted a large number of comments. Some were supportive, while others were critical. The comments and my responses have since been deleted as part of the site's housekeeping.

A couple of days later, Matthew Sinclair, then Director of the TaxPayers' Alliance wrote on Conservative Home in response to my piece. I encourage people to read his piece as well. 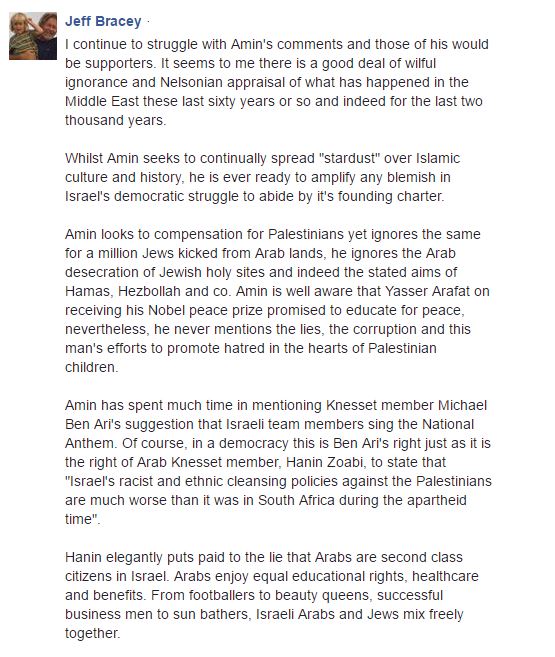 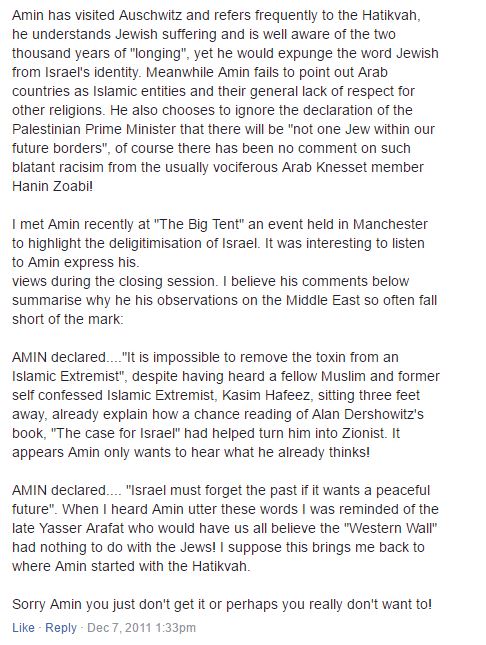 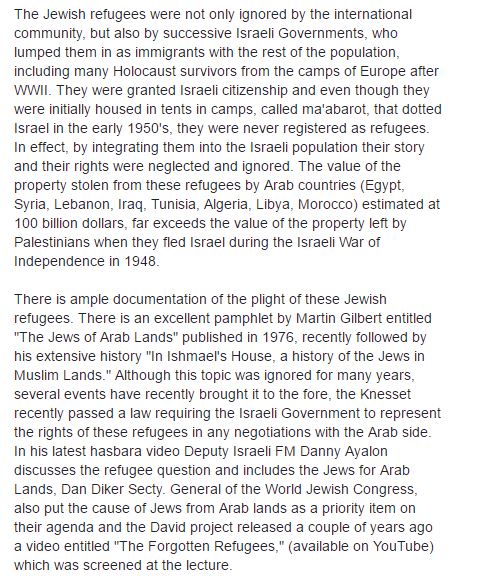 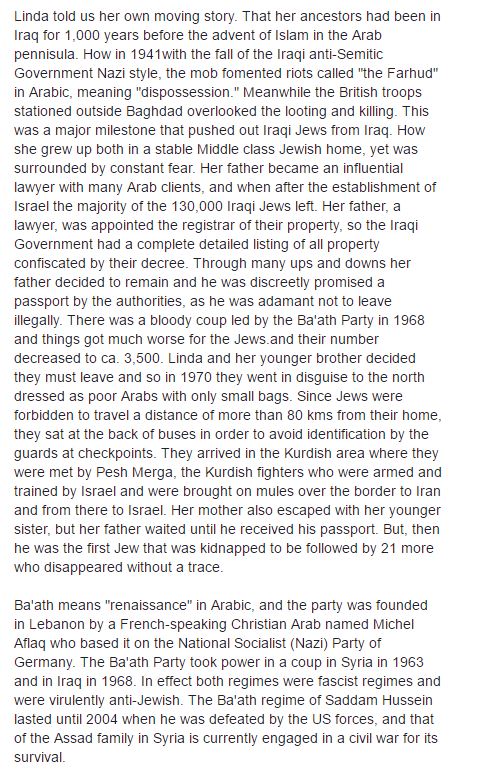