Words matter. A simple example is George W. Bush’s use of the “C word” [crusade] shortly after 9/11, a word which he used only once and was careful never to repeat. To Britons and Americans raised on tales of Richard the Lionheart, a crusade is a noble activity.

To Muslims the first crusade was a barbarous assault by European invaders culminating in the slaughter of all of the Muslims and Jews living in Jerusalem. Given the need for cooperation with Muslim majority countries, even George Bush realised that repeated use of the word “crusade” would not be helpful.

Our politicians would do well to learn the same lesson in vocabulary selection that George W. Bush did. My proposition is a very simple one: British politicians need to excise the word “Islamism” and its variants such as “Islamist” from their vocabularies.

There are two reasons for doing so. The first is that, like many words, Islamism has suffered from “scope creep.” On 8 March 2009, Policy Exchange published a report “Choosing our friends wisely: Criteria for engagement with Muslim groups”. The document contains a reasonably concise explanation of the report’s authors’ understanding of Islamism.

However, upon a closer reading it becomes clear that the authors have conflated two very distinct agendas:

Despite the authors’ word games on page 17 attempting to blur the distinction, the above two perspectives remain fundamentally different. From time to time every religion experiences revival movements, and there is no fundamental illegitimacy in the desire to remake society peacefully. Conversely imposing one’ religious view on others by force is almost universally considered to be wrong.

The scope creep can be seen from the fact that the same word “Islamist” gets applied to bloodthirsty murderers such as Osama bin Ladin or Abu Musab al-Zarqawi (of Al Qaeda in Iraq), to organisations that mix politics and military violence such as Hamas and Hezbollah, and to entirely peaceful democratic organisations such as the AKP in Turkey.

Indeed if Muslims living in Germany organised a political party that was the exact Islamic analogue of the German Christian Democratic Union, it would be labelled as “Islamist” by the standards set out in the Policy Exchange report.

Once the same word can be applied to all of the people and organisations listed above, disparate as they are in aims and methodologies, it has essentially become devoid of meaning.

Most UK Muslims simply regard the use of the word “Islamism” as a politically correct substitute for attacking Islam. They have some justification since the English Defence League, which is a clearly Islamophobic organisation, cloaks itself in the fig leaf of attacking Islamism while denying that it is against Islam.

It is quite possible that from the perspective of a political science academic, the word “Islamism” might still retain some valid semantic content. However, what academics say to each other in ivory tower university campuses is irrelevant in this context. What matters is politicians using language which multiplies our enemies and which increases the real dangers and threats which we face as a nation.

So what should we be against?

Muslims and non-Muslims can unite around the fact that we are against religious extremism that involves coercing people on religious issues. Virtually all Muslims know the phrase “there is no compulsion in religion” from the Quran, verse 2.256. This leads naturally to a rejection of terrorism or any other form of political violence. While this entails using more words than the single word “Islamism”, it avoids alienating people every time you open your mouth.

The choice for politicians is a practical one: use one more word and create enemies or use a few more words and create allies? 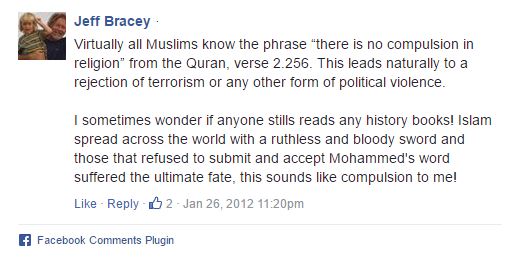