Each year Transparency International publishes its Corruption Perceptions Index which measures the perceived level of public sector corruption in the 178 countries around the world. This index is held in great respect by the media, international organisations and governments.

For many years I have been loosely conscious that Muslim majority countries clustered in the bottom half of the index; the lower a country ranks the greater the perceived level of public sector corruption.  When writing this page, I decided to look at the matter systematically.

I have copied below the 2010 index and highlighted those countries which are members of The Organisation of the Islamic Conference (OIC). The members of the OIC do not all have majority Muslim populations; in some cases the country has a significant Muslim minority but has chosen to join the OIC to reflect the wishes of its citizens. However the 57 member countries of the OIC are the most readily way of selecting countries with significantly important Muslim populations.

In the table below only 55 countries are highlighted. The reason is that two members of the OIC, Suriname and Palestine are not included in the Transparency International table.

Why are OIC countries placed low in the table?

One relevant factor is that poorer countries generally have lower rankings in this table than richer countries. (However that is not universally true; for example Russia is listed at 162 despite being relatively wealthy.) Many OIC members are poor countries.

Looking at the OIC countries, a number (primarily oil producing countries) have relatively high levels of income per capita while still ranking relatively low on the corruption table.

Overall, I believe that income levels are not the sole explanation for the low ranking of OIC countries. There must be another reason apart from income why OIC countries are lowly ranked. In my view the explanation derives from philosophies of governance.

This short page can only touch briefly upon philosophies of governance.

Ever since the rise of Christianity, monarchs and emperors in Christian majority countries have sought to link their power with divine authority and the religious hierarchies. This is commonly referred to as "the divine right of kings."

Over the last 600 years societies in Christian majority countries have steadily whittled away or removed any concept of divine authority from their rulers. Instead the almost universal governance model is that the ruler derives his authority solely from the people and can be removed by the people.

Furthermore the detailed governance structures are predicated on the assumption that people who are given power are prone to misbehave and therefore need to be watched closely with appropriate checks and balances. This is best summarised by Lord Acton's dictum "Power corrupts and absolute power corrupts absolutely."

As an illustration, Barack Obama as President of the United States of America may be the most powerful man in the world but he has no ability to raise his own salary. There are also many mechanisms in place to prevent him employing his relatives at the expense of the United States taxpayer!

There has been relatively little development of the theory of governance by Muslims in view of the general stagnation of Islamic thought for about 500 years. As an illustration, when Umer Chapra wanted to write about government he had to rely upon the works of Ibn Khaldun written many centuries ago.

Unfortunately the governance model they derive is to seek a morally perfect individual and then give him (never her!) absolute power. This model underlies the concept of the Supreme Leader in Iran. Unfortunately this Islamic governance model must lead inevitably to bad government as morally perfect individuals rarely exist, and as Lord Acton pointed out even good people are corrupted by power. 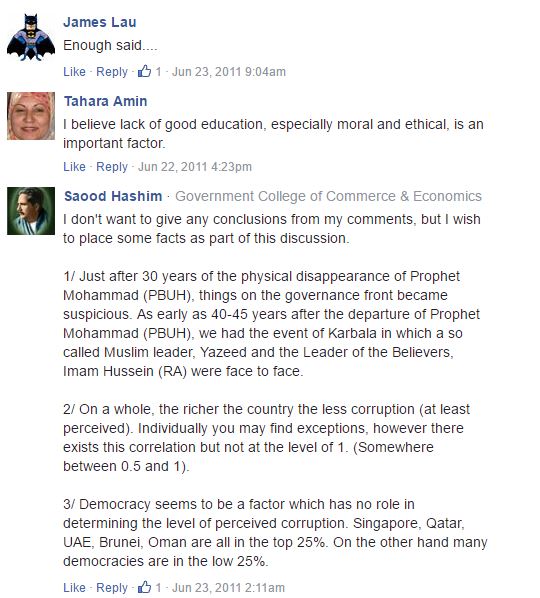 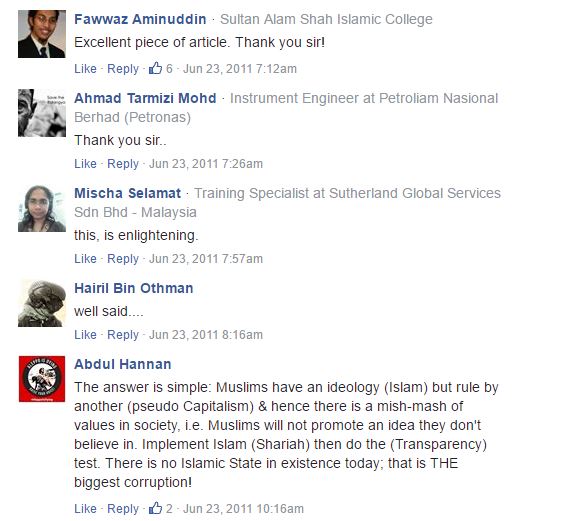 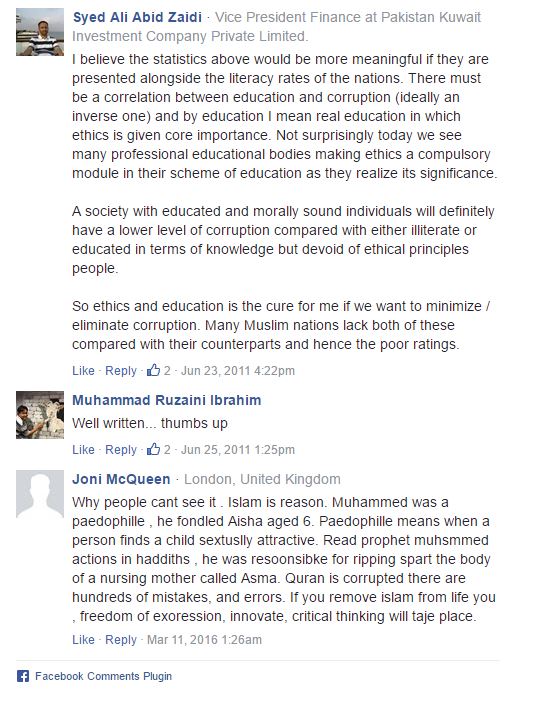