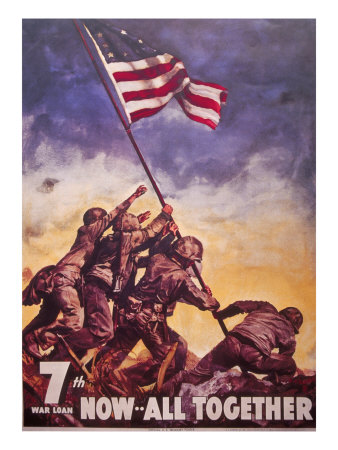 Symbols matter, and national flags are amongst the most potent symbols of all.

The iconic photograph of six US servicemen raising the flag at Iwo Jima became one of the best recognised US images from World War 2, and is possibly the most reproduced photograph ever. It is no surprise that the US government used it for a campaign to sell war bonds.

As soon as I returned to the UK, I bought some Union Jack lapel pins, and wear them on every one of my jackets.

My reasoning for wearing the flag is very simple.

"How do you feel about wearing a symbol so closely associated with the BNP?" (British National Party)

A journalist once asked me this. Instantly I snapped back "I'll be d****d before I let the BNP hijack my country's flag!"

Quite apart from basic patriotism, British and European Muslims are failing politically if they let the far right appropriate the national symbols. For example, I recommend every European mosque to fly the national flag.

The Guardian journalist Hugh Muir commented on my lapel pin in his piece Why not compile a national list of hate-preachers?

It is well established amongst interpersonal skills experts that people formulate their initial impressions of strangers very quickly, typically within 15 seconds. This is based upon such factors such as appearance, body language, tone of voice etc. The lapel pin plays its part in those first 15 seconds.

Others with my background often object that we should not need to demonstrate our patriotism.

Philosophically they are right, but we live in the real world. Someone who looks as if his family has lived here for centuries is unlikely to have their patriotism doubted. Conversely people who look like me suffer that risk, even though doubt arising from such prejudice is wrong.

Spending a very small amount of money per jacket puts me in control of how strangers perceive me. 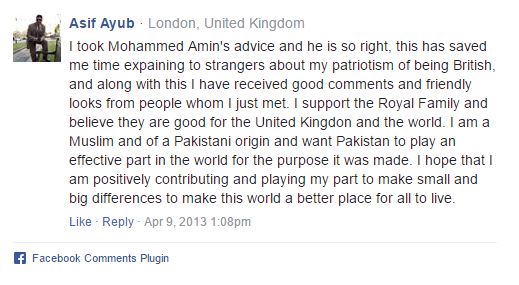