At lunchtime on the day after the Manchester Arena bombing, the editor of Conservative Home, Paul Goodman, asked me to write a short piece about it. That is reproduced below.

Directly or indirectly, this terrorist attack has touched almost everybody in Manchester. I have friends whose children were at the concert, although fortunately none of them were harmed. My cousin's daughter was at the concert, with her two young daughters. None was hurt by the bomb, although my cousin's daughter was injured while escaping, and her daughters are still traumatised by the blood and injuries they witnessed.

The killer and his accomplices are the enemy of all of us, and don't care whether they kill non-Muslims or Muslims who live as normal citizens in Britain.

Mohammed Amin: As a Muslim, Briton and Mancunian, I believe that defeating terror requires us to stay united

Mohammed Amin is Chairman of the Conservative Muslim Forum and Co-Chair of the Muslim Jewish Forum of Greater Manchester. He is writing in a personal capacity.

I have lived in Manchester for 64 years. I have only been to the Manchester Arena once, over 20 years ago, when I took my children to watch American wrestling. However, they have been by themselves on many occasions. On Monday night, I went to bed early, so it was only when I rose yesterday morning that I was jolted by news of the horrible terrorist bombing at the Arena.

I was horrified but not surprised. Today, all of us are potential terrorist targets, and absolute safety cannot be guaranteed anywhere. I have already written too many sympathy messages for past tragedies: Berlin, Istanbul and Orlando, to name just three. On Tuesday, with a heavy heart, I wrote for my home city the CMF statement: “The terrorist bombing in Manchester“.

Amidst the horror, I have been heartened by the response of Mancunians, coming together to help survivors and their families in many ways, large and small.

The police have now named the suicide bomber as Salman Abedi, aged 22, born in Manchester. His family are reported as being of Libyan origin. The name, family background and ISIS having claimed responsibility for the attack all point towards the killer being a Muslim with this being yet another instance of violent Islamist extremism. I assume that in the rest of this article.

Nothing to do with Islam?

I am fed up to the back teeth with people, whether Muslim or non-Muslim, pronouncing that such terrorist atrocities have nothing to do with the perpetrators’ religious views. See for example Mehdi Hasan: “How Islamic is Islamic State?” and Baroness Warsi’s recent book “The enemy within” and the linked extract “Can someone pass my terrorist spotting vision goggles?”

The perpetrators are Muslims. They tell us they are Muslims, they pray, they fast – etc. Whether they are experts or amateurs when it comes to Islam is irrelevant. Religious ignorance (such as that of the travellers to Syria in Mehdi Hasan's "What the Jihadists Who Bought ‘Islam For Dummies’ on Amazon Tell Us About Radicalisation") is not proof that the individuals are not motivated by their understanding of Islam, however limited it may be. 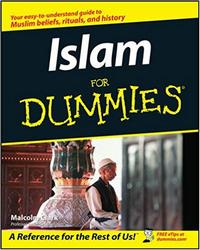 No serious commentator has ever claimed that their religious beliefs are the sole motivators of violent Islamist extremists. The beliefs have to be allied with a cause, and often there is an association with identity crises or other personality problems. However, the religious beliefs really matter.

Assuming that he was a Muslim, it is crystal-clear that before the moment he detonated his bomb, Abedi knew that he was going to die and that he expected to go to heaven. While heroes often sacrifice their lives, I refuse to accept that any man who believes in God, heaven and hell would consciously choose to act in a way that would cause God to sentence him to hell for all eternity.

Muslims do have a responsibility to counter terrorism

I have never met anyone who I suspected of planning an act of terrorism. If I did, I would call the terrorist hotline immediately. However, it does not end there.

Collectively, it is the children of British Muslims, children born and raised in this country, who became three of the 7 July 2005 London bombers, alongside one convert to Islam. (Statistically, converts are far more likely to become terrorists than people born into Islam. See the Henry Jackson Society report “Islamist Terrorism: Analysis of Offences and Attacks in the UK (1998-2015).”) Collectively, many children of British Muslims have gone to Syria and Iraq to kill for ISIS, or been arrested in Britain before they could carry out planned terrorist attacks.

Raising your child to be a law-abiding good citizen in Britain is the responsibility of every citizen, including every Muslim citizen. Most Muslim parents do a great job. However, from time to time, and far more frequently than I would like, I come across young Muslims who demonstrate that their parents failed in their responsibilities. See my piece “Preventing terrorism is your responsibility.”

If your child grows up to become a violent (or even non-violent) Islamist extremist, then you have failed as a parent.

To defeat ISIS, understand what they want

ISIS are not stupid enough to believe that they can destroy the UK through acts of terrorism. However, from their own words, it is clear that they have two fundamental objectives:

Defeating ISIS requires Muslim Britons and non-Muslim Britons to come together, to celebrate their shared humanity and their love of their country. That is how London reacted after the 7 July 2005 bombings, and that is how I see Manchester reacting now.

Some were very supportive, and there seem to be fewer hostile anti-Muslim comments than I normally experience when writing on Conservative Home about issues concerning Islam and Muslims.