BBC Radio Manchester recently asked me if I would come into the studio on Christmas Day.

I agreed, and suggested that I do a special "Thought for Christmas Day" similar to my regular "Thought for the Week" broadcasts. I followed the same format; 90-seconds worth of text read into the microphone. You can read it below.

I believe very strongly that Muslims should talk more about Jesus. Despite the extensive coverage the Quran gives to Jesus, in practice most Muslims are reluctant to talk about him; I suspect for a variety of reasons connected with how they see other religions.

I have a question. Who is the most famous person who ever lived? Really, there is no contest.

Jesus of Nazareth is venerated not only by 2 billion Christians but also by over 1.5 billion Muslims. Mary, the mother of Jesus, is the only woman mentioned by name in the Quran. The Quran tells us the same thing about the birth of Jesus as the Bible, namely that Jesus was born of a virgin.

Today his birth will be celebrated around the world. The words of Jesus ring out from the Bible, telling us what it means to be good. Being a Muslim does not stop me being inspired by Christians who lived for their faith.

From the time I first heard it, I have never forgotten the story of the Franciscan monk, Maximilian Kolbe.

Jesus said in the Gospel of John “Greater love than this hath no man, that he lay down his life for his friends.” Maximilian Kolbe volunteered to die to save a complete stranger. In 1941, in Auschwitz, he offered to be executed instead of a Polish soldier who was married with children. That man lived long enough to see Maximilian Kolbe being made a saint at the Vatican. Pope John Paul 2 declared him "The Patron Saint of Our Difficult Century."

Our country has many different religious groups. We need to live together as one cohesive society. There is a technique that completely changes the way you think about other people’s religions.

A Google site search on my website reveals, as expected, that the name of Jesus is mentioned many times. I have selected just four pages to recommend:

Review of "Jesus, Prophet of Islam" by Muhammad Ata'ur-Rahim and Ahmad Thomson

A brief introduction to Islam for non-Muslims

Triangulating the Abrahamic faiths – measuring the closeness of Judaism, Christianity and Islam

My reflection on Christmas

I regularly speak for the charity Speakers for Schools. On Friday 1 March 2019, for the first time I spoke at three schools on the same day, all Roman Catholic schools on the Wirral peninsula.

Arriving at the third school, St John Plessington Catholic College, I was struck by the quotation from Archbishop Romero outside the main entrance. See the photograph below. I still remember being shocked on hearing the news of his murder during a church service in 1980.

Inside the hall where I was speaking, I was very moved by the photographs of some modern great Catholics on the wall including Maximilian Kolbe. As I told the supervising teacher about my Thought for the Week broadcast above, I choked up with emotion. Having such role models displayed in the hall should inspire the pupils, and I can think of few more inspiring choices than Maximilian Kolbe or Archbishop Romero. 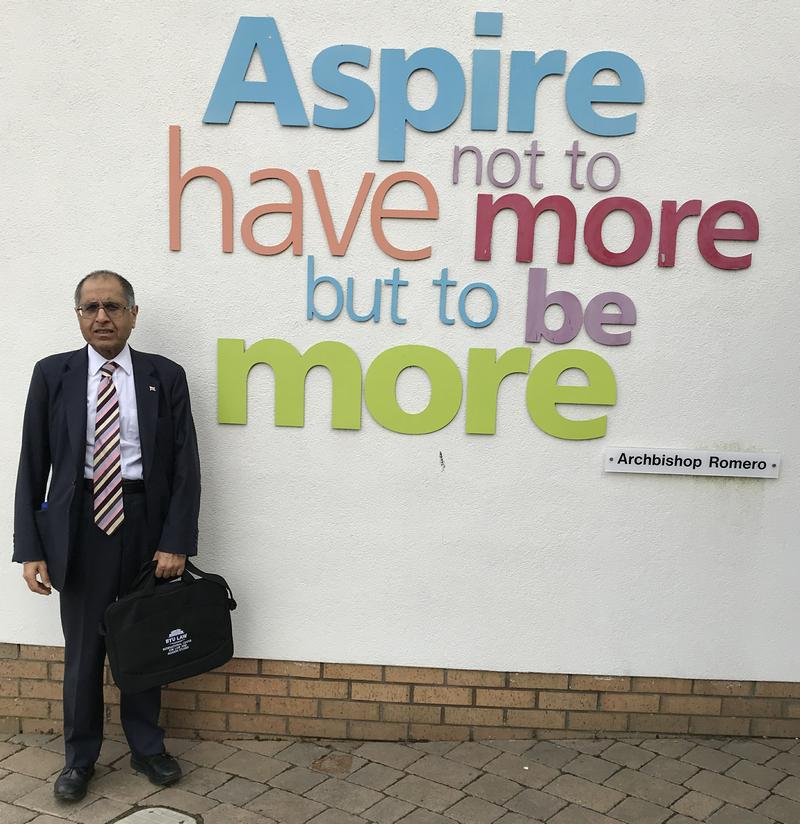 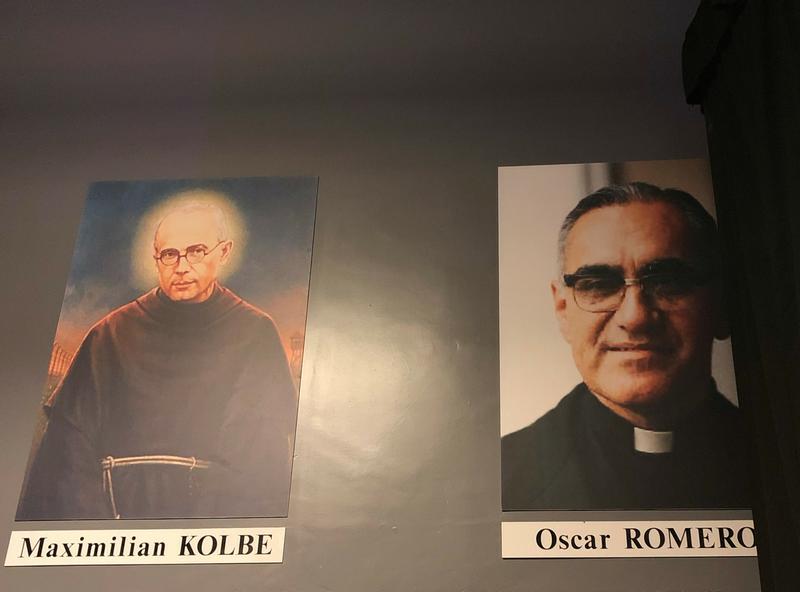